Solution of the Month - Jo Hartland and Fiasco

Meet Fiasco! A registered Trakehner that I have owned since he was a foal.

He got his name as, quite simply, he was a fiasco! He sustained a spiral fracture of his cannon bone at a young age, which as he grew resulted in asymmetrical musculature of his shoulders. This made saddle fitting an absolute nightmare. 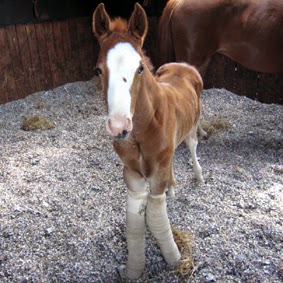 As I began to work him, he suffered more and more and started bucking. The unevenness of his shoulders got worse and the bucking escalated until it was unsafe to ride him. I was beginning to think he was only ever going to be a companion and then a friend suggested I try a SMART™ saddle.

I can honestly say that I have never looked back. Initially we used the rental service, and from our first canter, his bucking was significantly reduced. It is now over a year on and Fiasco has stopped bucking completely. He is far more fluid with his movement and the muscles in his shoulders have evened up, so you wouldn't even know he had a problem. 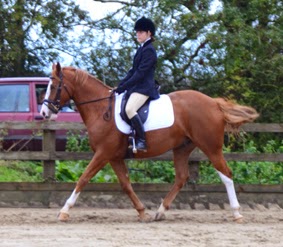 We are now happily competing at local level and aiming to do our first one day event next season!