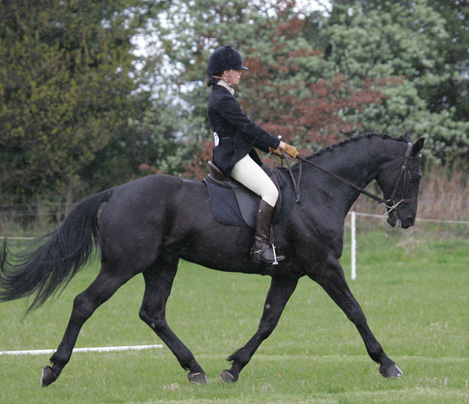 We have had success with many different ponies and horses using the SMART saddles. Don Primique is by Don Primero and owes his life to Tim Downes

Our first experience was with Peter:

Don Primique (Peter) is by Don Primero and owes his life to Tim Downes (FBHS) and Solution Saddles. He was imported to this country in 1995, aged four, as a potential dressage stallion. The first thing he did wrong was not grow into being a big, beefy horse. Aged five he was gelded and sold on at a much reduced price. There are some gaps in his history between 5 and 8 but we know he underwent "overtraining" as a five year old.

In 2004 I heard about a difficult horse at Ingestre that wouldn't work properly and the owners knew it was something to do with its dislike of saddles. Peter was tried in a RigidFree saddle, on the flat, over jumps, cross country and he was transformed. At last he was rideable, still a little quirky, but he could now progress.

In August 2005 Peter arrived for my daughter Alice, the saddle arrived a few weeks later and Peter entered the third phase of his resurrection. His self-confidence continued to grow and he started Show Jumping and Eventing. He can now enjoy pain free work in his SMART dressage saddle and pain free XC in his SMART jumping saddle.

Yes, I had to buy TWO saddles in the end, but it was worth it to see not only Peter, but every other horse that Alice and I ride enjoying their work, without constriction and discomfort. I am now busy trying to persuade the Scottish Highlands to become a "tree free" zone. Peter is a good ambassador, as the photograph shows. 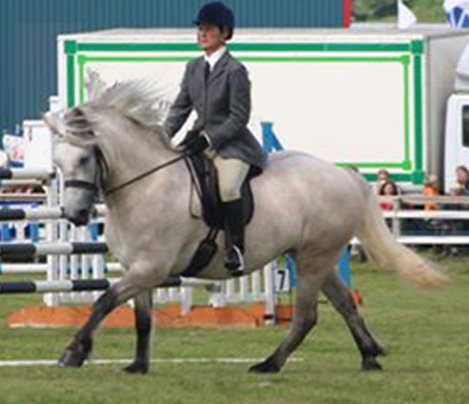 Dinky,
a Highland pony, competed successfully up to Medium level. Highlands do tend to be very broad and the Solution saddle was perfect for allowing the freedom through the shoulder required for Dressage. 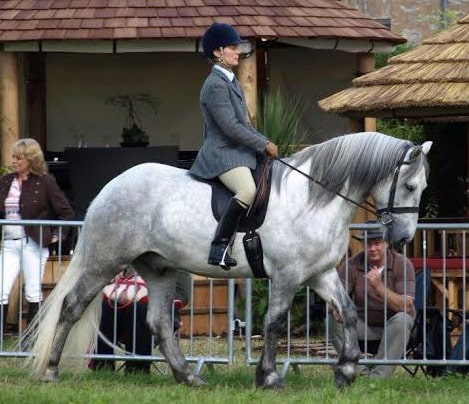 Darrach,
another Highland pony, was ridden in the Solution jumping saddle for his WH classes, which he was always placed in, usually with a clear round. 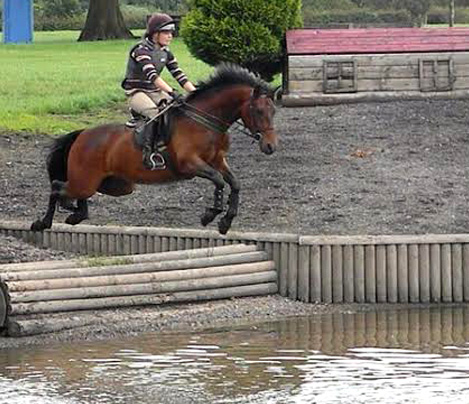 Pip,
a Connemara, was broken and produced for pony trials, using the SMART GP saddle 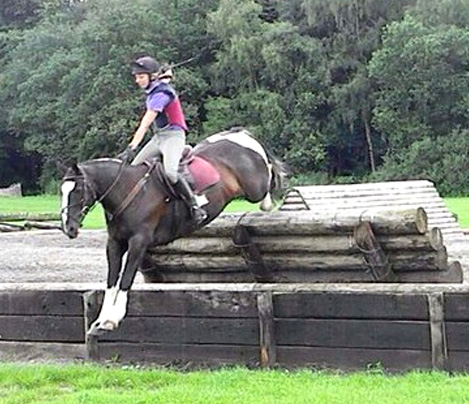 Gibby,
a coloured cob was ridden in the SMART GP and Jumping saddle. He was an outstanding 15hh worker and also competed BE up to Novice level. He was also very broad, so the RigidFree saddles were ideal accommodated his shape. 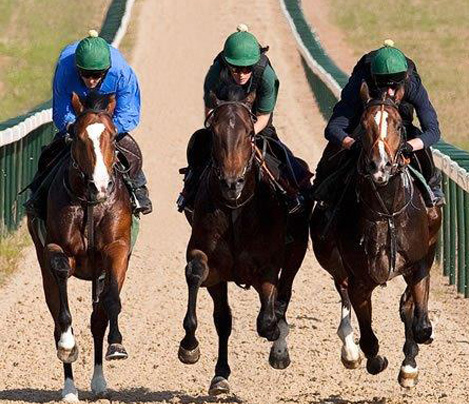 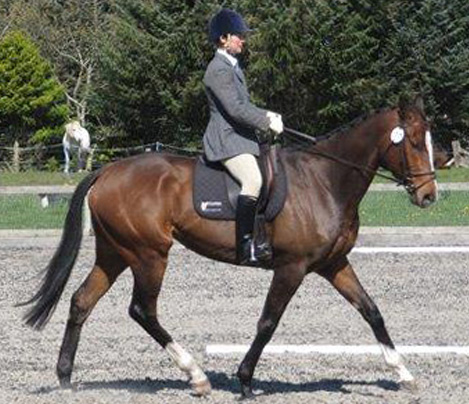 Ali,
an ex. racehorse came to me as a 3yo and was sold 18 months later, competing successfully up to Elementary level Dressage. Saddle fitting with a traditional saddle would have been a problem, because he was very narrow, with a prominent wither. He was ridden in the Solution Dressage and Jump saddle. 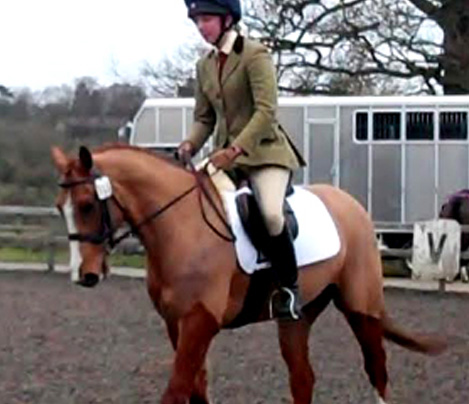 a 14.2hh Irish pony came to me as a 5 year old with no brakes or training. He was ridden in the SMART GP and is now scoring top 60% at Novice Dressage level and is about to do his 1st BE 90 having finished last season on 2 double clears at BE 80 and placed 2nd. 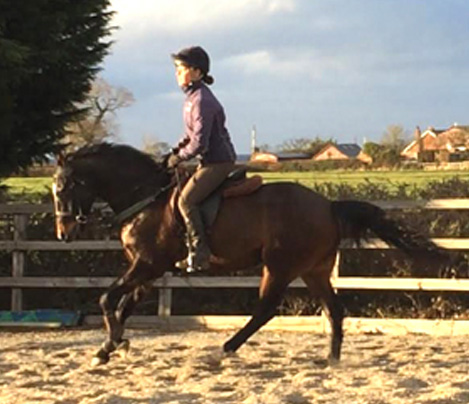 Dandelion,
a 5 year old Connemara x TB will start eventing at BE 80 level in the summer

Willow,
a Connemara, a current project broken just before Christmas and ridden in the SMART GP. She scored 67% in an intro test after 10 weeks under saddle, with 7 and 8 in the collectives.